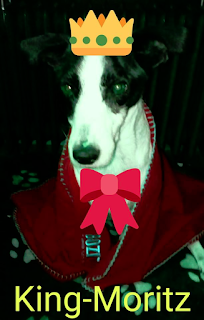 Hello Moritz, canine greetings, how did your owner come up with the idea of making a game based on your character?

Hi André, give a pat;)
Sebastian wanted to get around domestic work. So he said to Katja, his lovely wife: "I would love to use the vacuum cleaner, but i have to build-up a monument for Moritz!"
And to me he said:"Gonna make you a star, buddy. Sorry, therefore can't take you out - Katja can you please..."
But at some time, he had to deliver...

We know you had such an hard times, but in the meantime you were able to recover. Will we be seeing more games based on you?

Well, with three years I was diagnozed with an uncurable disease. The prognosis was one
or two years...But, mate with the right medical cocktail I will celebrate my nineth birthday soon.
Nice side-effect: I feel stoned most of the time:-)
Next games? I am not allowed to talk about that officially, but Daniel C. ask me if I like Martinis and action. Probably I will fill in... but my smoking must be shrinked in the washer.
"My name is Mongrel, Moritz Mongrel".
I asked Sebastian to make more games:
1. One in which I am flying my C5 fighting the evil
2. A sleeping game, in which i am collecting soft sheeps to sleep sorrowless.
His answer: "Gonna make you a star, buddy...".
Where is my cocktail...Cheers!

Why has Moritz been having several versions over time, some even quite different from each other? Was it a logical development process as your owner learned how to master Arcade Game Designer?

See my answer to question one. He had to deliver or his wife would have used the rolling pin.
Logical development????All he is doing is trial, error and gin tonic based. After a disastreous
review in "Planeta Sinclair" he eventually started to learn how to use AGD. It was my advice to ask some guys to make the beta testing. That is the reason why the last versions are playable!

Your owner always has interesting ideas for characters from his games, and we know that he is currently working on several projects. Do you want to talk about them on behalf of him?

Hmh, Sebastian is a "jerk-off-all-trades" or was it "jack", i am still learning the inferior human language. In dog language you can better nuance your bow-wow. So sorry for my english/portuguese. My "master of desaster" is starting projects all the time.
"Gonna make you a star, buddy..." 'Oh, woof is me, T'have seen what I have seen, see what I see.' (quote from the famous Dogsspeare)

And how does Uwe come in this process?

Uwe is a great guy, a pixel master and close friend. He would have made a great dog, but the
god of dogs had other plans. Pixel-Uwe is structured, analytic, very talented and he knows how to play stick throwing. He made most of the sprites. I wished he would have made my alter ego, too. I am really look fat in the games, don't you think so? Uwe is the reason, why all the games have nice graphics and got finalized.

We know that your owner is always aware of new hardware ideas and has supported Vega + and Spectrum Next. His idea is to move definitively to create games on Next, when the AGD tool for that computer comes up, or he'll continue working on the original Spectrum.

Sighs... Of course, as "Johnny look in the air" he is planning projects for the NEXT. I think he should hang on with the speccy and I like his ambition to bring my alter ego to the CPC. But hopefully, next time he will let Uwe design my CPC-sprite. I have a grotesque gigantic head in Pink Pills!

Was it a surprise to you the success that your game has achieved, even in countries other than the traditional ones (UK, Spain and Russia)?

What???? Success!!!!!! You mean, i am famous? Could i correct my preceding answers?
My beloved owner is a wonderful, serious, diligent, funny bone, whose future plans are brilliant.
What are you meaning, i can't withdraw my answers...Grgrgrgr...Ever had a dog tooth in your...
Eh, I mean, great to hear that my peaceful personality got known in the world of showbizz.
Where is my Martini...Woof!!

We know that you are an assiduous reader of Planet Sinclair. Would you like to leave a word to your readers?

'Planeta Sinclair' is the best blog in a language I do not understand.
You, dear André, are writing fair critics: no patronizing, no flattering, straight to the point, you
are giving inspiration and motivation to coders, to make a better speccy world!!!
[Can I know have my treats as promised - NOW!!!!- PLEASE ?!?!?!?!!?!?]

Thank you so much for the time you gave us, you can now go to your “siesta”. Au-Au!!!!
Publicada por André Leão 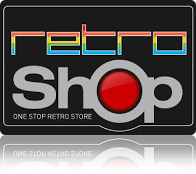 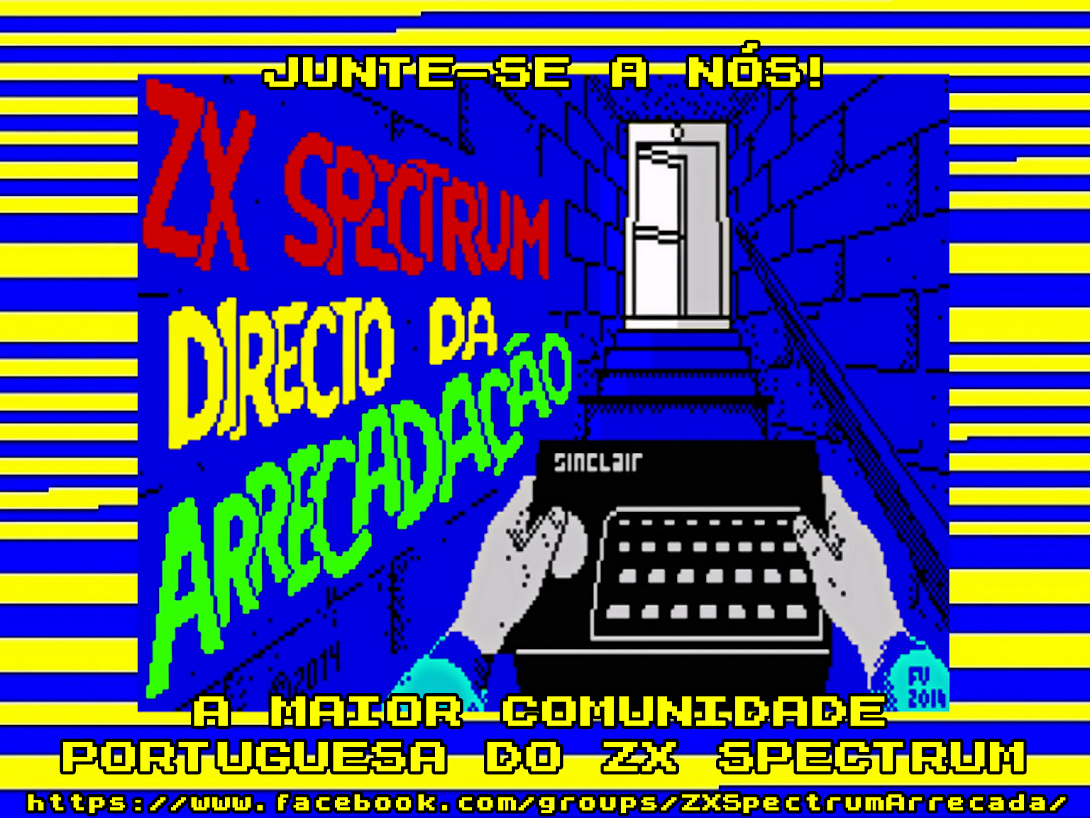 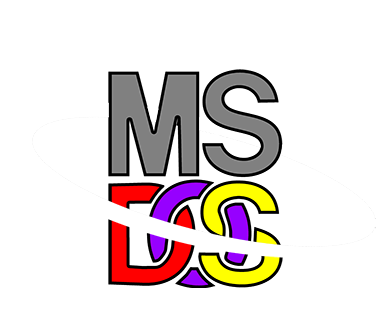